I tentatively have the website up to date with new additions for 2022. I'm still waiting on a couple of order confirmations and may add a few more items yet in the coming weeks. And of course we will probably add some items closer to spring. You can view all current new items here and I have a list of items down below. We still have ordering disabled for the time being though. We've had to do a lot of refunding and order adjustment the last two years because of winter mortality and industry shortages. This makes a lot of extra behind the scenes work for us both, and NOBODY likes getting order cancellations. So to limit that we'll be taking orders a little bit later than normal and activating certain items as we know they've come through winter alive or as they arrive here. This means we'll lose out on some early sales to our competition, but at least we'll have higher customer satisfaction. In the mean time, we do offer gift certificates and apparel!

Which brings me to my next point. A HUGE thank you to all of our customers who have continued to place orders over the years. Especially the last 2 years in the face of ridiculous adversity due to health crises. For almost two months this year my outlook for the future was pretty grim. But things are looking ok. I'm going through chemo, and it seems to be working. This treatment is much better than what I went through in 2020. I have some side effects every month which will impact my workflow next season, but it's not too severe and I don't expect shipping to be negatively impacted.

We are also looking forward to some in-person events for 2022. The American Hosta Society convention is scheduled for June. And the Midwest Regional Hosta Society convention is scheduled for July in Lisle, IL. We're looking forward to participating in both of these events. We had a successful open house here at the nursery this past spring and will plan to host one again. Have an event that you want us to sell plants at? Visit the contact us link and drop us a message!
We'll update again once we activate online ordering for the season. Until then, happy holidays!
Nick 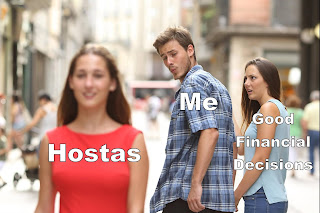 New and Returning Items for 2022
These plants are either new to the assortment for the season, or have been absent for more than a year.
Aconitum fischeri

Hosta 'Cool as a Cucumber'

Hosta 'Time in a Bottle'

Posted by Botanophilia at 12:00 PM