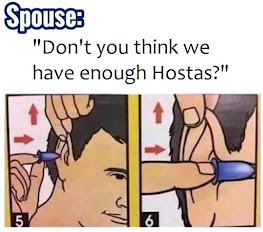 2020 has been quite a year. We were frozen until May which really delayed shipping, we also had a fair bit of winter mortality because of the late freezing weather which meant refunding quite a bit. The Covid-19 pandemic cancelled pretty much every plant event in the country. We underwent a platform change for Square which caused some technical issues. On top of all that, I was diagnosed with stomach cancer and underwent surgery and treatment, which caused further shipping delays. Despite all of that, we didn't have as bad a year as we could have; thanks to wonderful and patient customers and suppliers!

2021 is already shaping up to be a better season. I'm ordering more plants to make available and slowly working on getting the website updated. The pandemic hasn't gone away and there's no telling what the events schedule will look like, but I suspect in person events will be a ways off. We're hoping to have limited pickup available at the nursery for any who want to stop by.

I'm including the entire tentative new plants list here, but some highlights include Cypripedium orchids for fall shipping, Primula Belarina series, Aquilegia Kirigami Mix, and of course more new Heuchera and Hosta! We are, of course, done shipping until May now, but Gift Cards are available in the meantime.

This list is very much subject to change as there are industry-wide plant shortages, some of them won't be available until Fall. I'll post another update when this is finalized and the website is finished.

Posted by Botanophilia at 10:53 AM